There is a harsh reality when it comes to raising funds from bequests: Very, very few of a charity’s supporters will leave a bequest to the organization. This includes loyal annual fund donors, donors with the greatest capacity, committed volunteers, and even board members. Most will just not do it! What is a gift officer to do who has metrics to meet for new legacy society participation? The answer is to be cultivating “the right donors.” And just how does a gift officer determine who are “the right donors?”

The marketing funnel is a series of stages, three in this example, that, like a kitchen funnel, gets smaller and smaller as you go down the funnel. Applying the marketing funnel concept, along with marketing initiatives designed to populate the funnel, will give you the opportunity to identify and focus your efforts on prospects that are better qualified and more likely to make a gift.

Suspects are the first stage of the funnel and they are essentially the entire constituency of supporters of the charity and are at the top of the funnel. These supporters are either current donors or those individuals who have had sufficient connection with the charity that communicating with them about the possibility of making a bequest would be a worthwhile effort for the charity. The objective is to have some Suspects take actions that identify them as candidates for moving to the next stage in the funnel. The most desirable action for Suspects to take would be to request information about a planned gift. That doesn’t mean the Suspect will make a bequest commitment or any planned gift, but it moves the Suspect further down the funnel. The Suspect has now become a Prospect.

Prospects are in the middle of the three-stage funnel. The goal with Prospects is to qualify them to ensure that time and energy is being spent with “the right donors.” Qualification can take various forms, but most often is a phone call or preferably a visit, if geographically possible. Depending on the size of the charity, development staff could have 10 to 100 unqualified Prospects to get to every Qualified Prospect.

The marketing funnel process can only be successful if the charity has a proactive marketing program to spread the word about planned gifts. Marketing channels include websites, direct mail, email, social media, print communications, and for some organizations networking with local professional advisors. Internal channels include spreading the word proactively to those constituencies who typically fit a planned giving demographic, such as long-term annual donors and donors with no children.

It is common for charities only to know in advance about 30% of the bequests they will receive, but that metric can vary among charities and donors. Spreading the word about planned gifts to the entire constituency on a consistent basis no doubt will result in planned gifts. However, the marketing funnel process is an effective means to ensure that resources and staffing, usually limited, focus on those supporters with the greatest likelihood of making a planned gift which may open the door to larger gifts that meet charity priorities.

If you would like to learn about a bequest fundraising model where one size does not fit all, and which enables you and your colleagues to discover more estate commitments, identify more prospects, and, ultimately, close more estate commitments, please register for my upcoming PG Calc webinar - A Paradigm for Effective Bequest Fundraising - From Prospect Identification to Realization!

When a Steady Income Is Better Than a Big Inheritance

Testamentary gifts (gifts made at death) are the most common type of planned gift, estimated to be 80% or more of […] 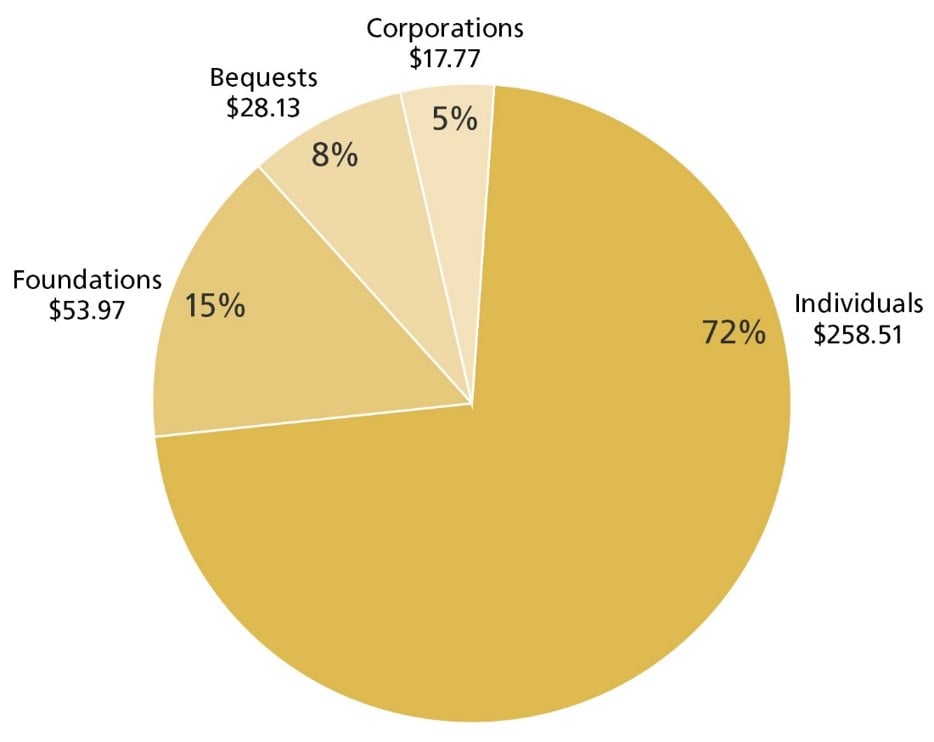 2014 was a record year for philanthropy in the United States, according to the Giving USA 2015 Annual Report.  There […]

Gift and Estate Planning in the Digital Age