Home > Insight & Education > Information Resources > Blog > Life Expectancy and Gift Planning: It's Not What You Think

Life Expectancy and Gift Planning: It's Not What You Think

A 70 year-old wants to fund a 5% charitable remainder unitrust with $500,000. If he receives payments for the rest of his life, he gets a charitable deduction of $261,815. On the other hand, if he chooses to receive payments for exactly his life expectancy of 14.2 years, he gets a deduction of $244,060. Strange. Why aren’t the two numbers the same?

What Is Life Expectancy?

Computing the Charitable Deduction for a Planned Gift

When your planned giving software computes the deduction for a gift annuity, charitable remainder unitrust, or other split interest gift that will last for the lifetime of the income beneficiary, it uses mortality, not life expectancy. For each age beyond the beneficiary’s current age, it uses Table 2000CM to determine the likelihood the beneficiary will live to receive payments. It then multiplies that probability by the present value of receiving payments that year.  Add up all these results and you have the present value of the lifetime of payments. Subtract that sum from the funding amount and you have the charitable deduction. There are adjustments for payment frequency and timing, but that’s the gist of it.

Contrast the above with what happens when your planned giving software computes the deduction for a life income gift that will last for an exact number of years, such as 14.2. In this case, there is no possibility that the gift term will last less than or more than the stated number of years. Probability drops out of the calculation. Your software simply determines the present value of receiving each year’s payments through the final year of the gift, then adds up all the results to determine the present value of all the payments together.  Once again, subtract that sum from the funding amount and you have the charitable deduction.

The One Place Life Expectancy Comes into Play

Life Expectancy Is Not a Guarantee

Our Client Services staff regularly takes client calls that go something like this: Client: I think your software is […] 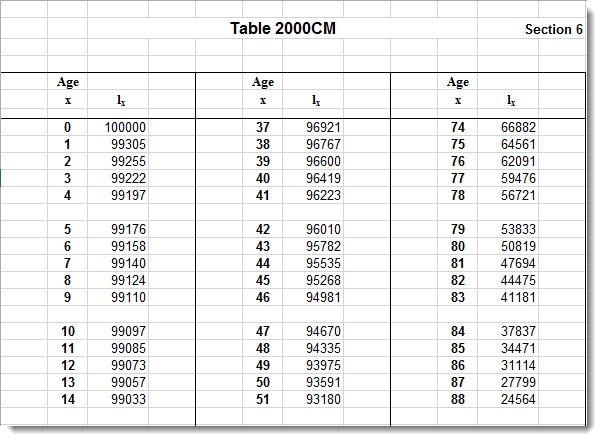 Wait! Wait! Your Wife Is How Old?