Remember when planned giving called the Qualified Charitable Distribution (QCD) the charitable IRA rollover? Remember when we didn’t know if we could ask donors to make such gifts until the last minute each year? The Internal Revenue Code defined the concept of a charitable IRA rollover as a QCD when the legislation passed all the way back to 2006. The QCD was part of a package of tax extenders that expired every December 31 unless reinstated by Congress. There were years of waiting and waiting for reinstatement of the extenders package. IRA administrators weren’t sure what to do with the QCD and planned givers kept referring to this as the charitable IRA rollover. All that changed in 2015 with the passage of the PATH Act. That legislation made the QCD permanent law and while the expression “charitable IRA rollover” still remains in some marketing materials as a synonym, it is used less often to avoid confusion.

Before the QCD was a permanent part of the tax code, donors were sending letters to IRA administrators to initiate QCDs. Many charities distributed sample letters for donors to request gifts directly from their IRA to their charity. When the QCD became settled law in 2015, IRA administrators adopted their own processes to initiate this increasingly popular way to make charitable gifts. The language, procedures, and forms to initiate these tax-free gifts from IRAs was no longer the letter from the IRA customer.

Fidelity Investments requires a Medallion Signature Guarantee* if their client asks to send the QCD to an alternate address (such as your charity) and the total distribution amount is greater than $10,000. Virtus Mutual Funds requires a Medallion Signature Guarantee for all QCD requests. Requesting that the administrator send a check to an address other than the account owner’s address on file can trigger the signature guarantee. To avoid the need for the signature guarantee, have the administrator send the check made out to your charity to the donor. The donor can then send the check to your charity. This still fulfills the requirement that a QCD go “directly” to the charity from the IRA.

Since this is a multi-purpose form, the administrator needs to know if the customer wants to have taxes withheld. The account owner can request RMD distributions on a one-time basis or periodically throughout the year. As with the stand alone QCD forms, the administrator may require a Medallion Signature Guarantee. Also, as with the single-purpose form, the donor can avoid the signature guarantee requirement by having the QCD check made out to the charity sent to the customers address on file.

Some IRA accounts allow customers to write checks directly from their IRA account. Donors need to inquire as to whether they have check writing privileges and whether the donor can write a check for a QCD payable to charity. Some firms allow check writing, but not for making a QCD. As with the forms above, donors must confirm their ability to complete a QCD via a check with their IRA administrator.

There are two major caveats if an IRA administrator permits QCDs via the customer’s check book. The donor should confirm the administrator is not withholding taxes, because the distribution isn’t taxable. In addition, a QCD is not complete if made via a check until the check clears the IRA owner’s account. Accordingly, if an IRA owner writes a check that doesn’t clear their account until the following year, the customer hasn't met the required minimum distribution requirement.

The basis for this discussion of doing QCDs correctly is based on a survey of mutual funds and brokerages that make their forms publicly available. Many of the large firms, such as Vanguard and TD Ameritrade, restrict access to their forms to existing customers. Nonetheless, the forms mentioned, and procedures described, likely cover the typical forms and procedures your donors will probably face to make a QCD. Naturally, the donor needs to contact their own IRA administrators and professional advisors to determine if a QCD is right for them and how to execute this gift successfully.

2020 is Almost Over (Phew!) and the CARES Act is Expiring 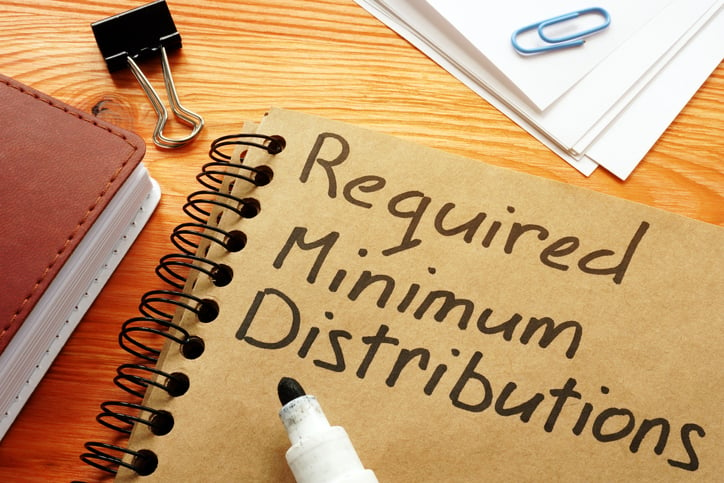 Gift planning doesn’t have to be technical or difficult to understand. Nonetheless, there are some abbreviations that […]

After lingering in limbo in the U.S. Senate for months, the “Setting Every Community Up for Retirement Enhancement” […]