An early thumbs up for PGM Anywhere planned giving software!

PGM Anywhere is the tablet-optimized, browser-based version of our Planned Giving Manager (PGM) planned giving software. It's out in limited beta release right now, and we are starting to get some early feedback. What are users saying?

In other words, Winston and I are breathing again. Everyone gets nervous when a new product launches, right? As we wrote in yesterday's eRate newsletter, the beta supports the most commonly used functions of its older sibling. We anticipatte even more functionality for the first official release in June.

PGM Anywhere is more than just a great excuse for your organization to buy you an iPad or Android tablet. Create cases on your desktop computer and pull them up on your tablet before meeting with a donor on the road, or vice versa. Work seamlessly from the road, home, or office with the tablet, laptop, or desktop computer that is most convenient.

Click the button to read more about what every great planned giving professional will be wearing carrying next year and get PGM Anywhere on your tablet right away! 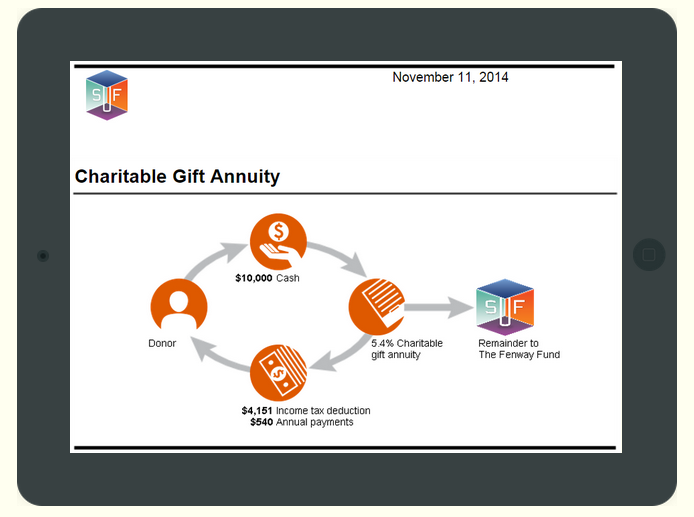 As you may be aware, PG Calc has developed a web-based app for illustrating planned gifts called PGM Anywhere. One of […]

Liabilities for Planned Gifts – Your Role

Many of our clients end their fiscal years on June 30. If you're one of them, you may have been requested to provide a […]